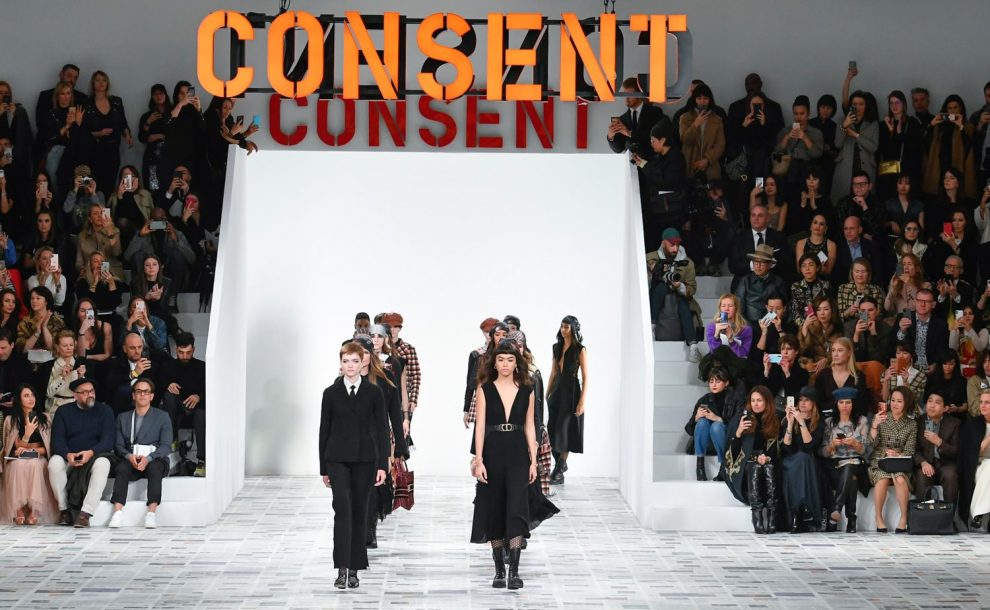 On June 22, CEO of Dior Pietro Beccari and creative director of the Maison Maria Grazia Chiuri held an online conference in which they talked about the brand’s next steps.

Among several decisions, there is one that sees Dior returning to the traditional communicative form of live fashion shows. Indeed, the Cruise Collection fashion show is scheduled on July 22 in Lecce, Puglia.

The event, organized prior to the COVID-19 crisis, will not have an audience but will enjoy the participation of local artisans. The choice to collaborate with members of local craftsmanship is extremely pertinent, given the crisis in which the sector collapsed following the pandemic.

“I think of all the large and small suppliers, the family businesses run by craftsmen in France and Italy. Many of them have seen their whole winter collections canceled because of these misfortunes. Many others still don’t know how they are going to survive. We wanted to give them all a reason to start again” explained Beccari.

Many other fashion houses have organized themselves in unconventional ways, using digital systems to propose their collections. An exemplary case is that of Chanel with its Cruise unveiled entirely on the screen. Before the catwalk show in Puglia, Dior will also deliver a digital event for the Haute Couture collection from 6 to 8 July. In any case, however, the current strategy is to use the traditional model of physical fashion shows. That’s why we can expect the return on the catwalk also in September 2020.

We don’t plan to continue doing shows in this way. It might happen depending on the security measures that we have to respect. But, for example, this September in Paris, we hope to be able to welcome at least part of the audience to the show, even if we can’t invite everyone,” Beccari declared. “This is an inevitable adaptation to the current context, but simultaneously represents a challenge for buyers, who are being supported by the brand through “a fantastic system of videos.”

The CEO then addressed the issue of China by renewing the brand’s proximity to Chinese consumers. The Maison will indeed present the digital exhibition of “Christian Dior: Designer of Dreams” in Shanghai in a space of approximately 2000 square meters. Furthermore, the day after the fashion show in Puglia, the brand will open 19 pop-up stores in the Chinese territory. They will host Dioramour, a collection entirely inspired by the Chinese Valentine’s Day.

On the creative front, Chiuri has declared herself responsible for the future of the Maison and all the logistical parts that constitute it. She renewed the feeling of closeness to Italian and French fashion, both a synonym of community, inclusivity, and craftsmanship.