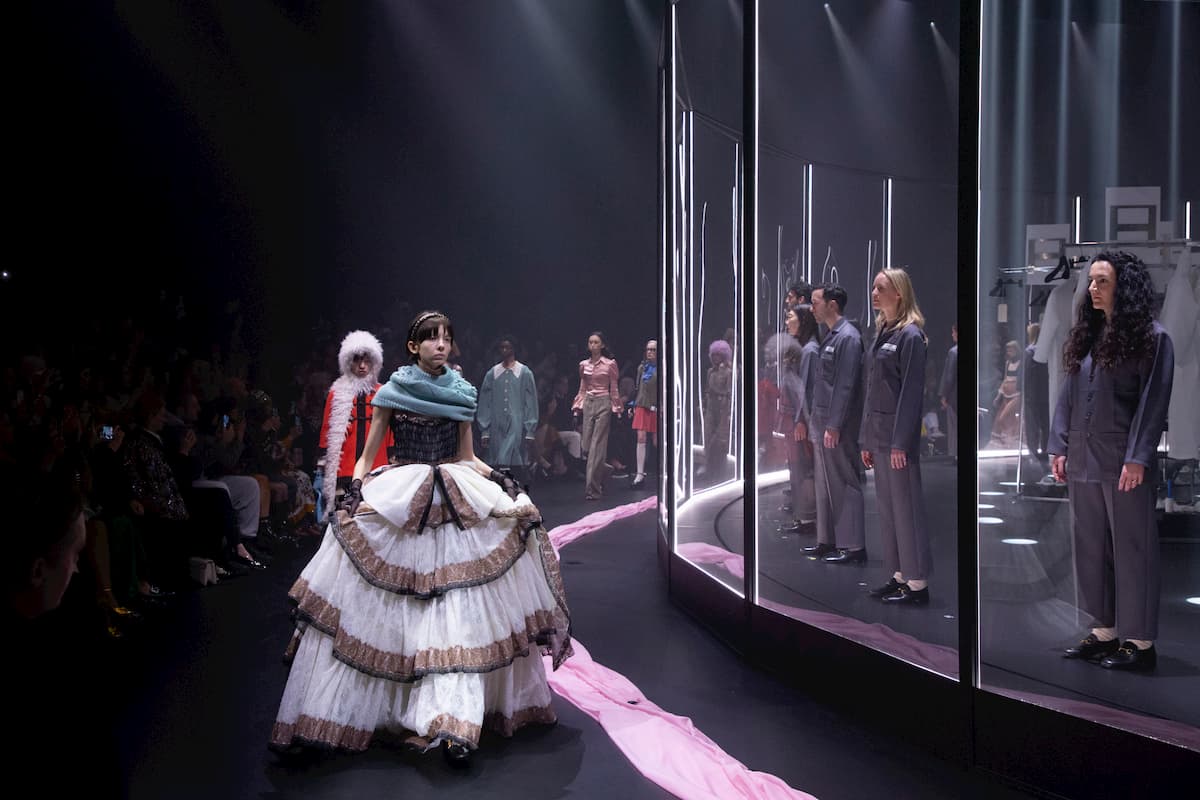 On July the 17th, a 12 hours-long streaming of Gucci’s new collection will go live starting at 8:00. Perhaps the most awaited event of the week, Alessandro Michele will join the live broadcast with a narrative video at 14:00.

The title “Gucci Epilogue” indicates the closure of a narrative cycle started with the last “An Unrepeatable Ritual” show. The event, loaded with an almost sacred atmosphere, symbolized the preparation of a fashion show, a liturgical ritual that perpetuates itself in its uniqueness. Gucci Epilogue will therefore represent the closing of the circle. An experimental method that attempts to formulate a new fashion paradigm, overturning its traditional narrative methods. The fact that the live broadcast lasts 12 hours is already sufficient to demonstrate this intention.

Already a few months ago, the Florentine brand had declared its intention to return to follow the rhythm of the seasons, preparing its shows only twice a year. Michele had indeed expressed his desire to slow down to face new possibilities. In a message on his Instagram account, he added: “We will meet only twice a year, to share the chapters of a new story. These will be irregular, impertinent, and deeply free chapters. They will be written mixing the rules and genres. They will feed on new spaces, language codes, and communication platforms. Not only. I would like to abandon the paraphernalia of acronyms that colonized our world: cruise, pre-fall, spring-summer, fall-winter. They seem to me stale and undernourished words. Initials of an impersonal discourse, the meaning of which we have lost. Containers that have gradually detached themselves from the life that generated them, losing adhesion with reality “.

Although the title indicates an end, Gucci Epilogue actually seems to symbolize the beginning of something completely new.

The event will be broadcast live from 8:00 am on Gucci.com, YouTube, Twitter, Weibo and the Gucci App, and from 12:00 pm on the Gucci Facebook account. The narrative video of Alessandro Michele on air at 14:00 will also be broadcast on Instagram and on the CNMI social channel.