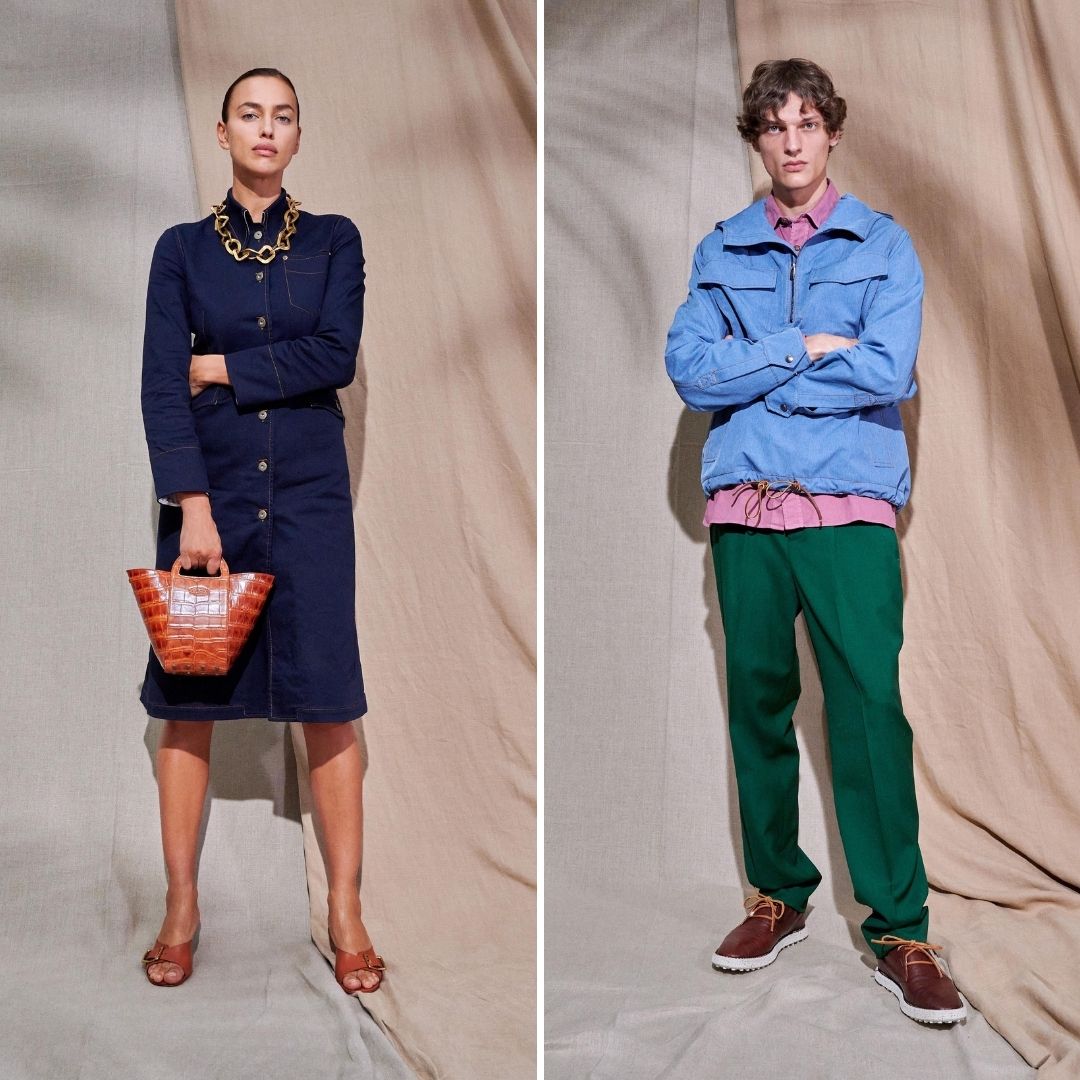 The Spring 2021 by Tod’s is all about newness. As Diego della Valle summed up, cheerfully: time is changing! Better to keep up with it. Thus, the latest Tod’s’ collection has been presented through a lookbook and a video, shoot in Villa Necchi Campiglio. The milanese villa brings together some of the best characteristics of the city and of its lifestyle. Modernism, comfy style, a preciousness just whispered but able to create feelings in the viewer. The same attributes are in Tod’s’ garments, which is willing to be the spokesperson of the re-birth Italian style.

The looks are, as usual, based on leather, whose craftsmen production makes it soft and gives it a vintage look. To rediscover value in the past, in its history and in its ideals is something strictly related to Made in Italy as a concept but also something everybody is going back to, because of sustainability as well. Lines are simple and soft, loose on the body and not structured at all. Accessories are the ones giving shapes to the whole: with the wide leather belts, tight on the waists, but also with the shoes, laced on the legs.

The novelty are colours, on every fabrics. They form a soft palette, very impactful. Together with it there’s a sporty after taste, which proves once again that you do not need to exaggerate in order to be chic.