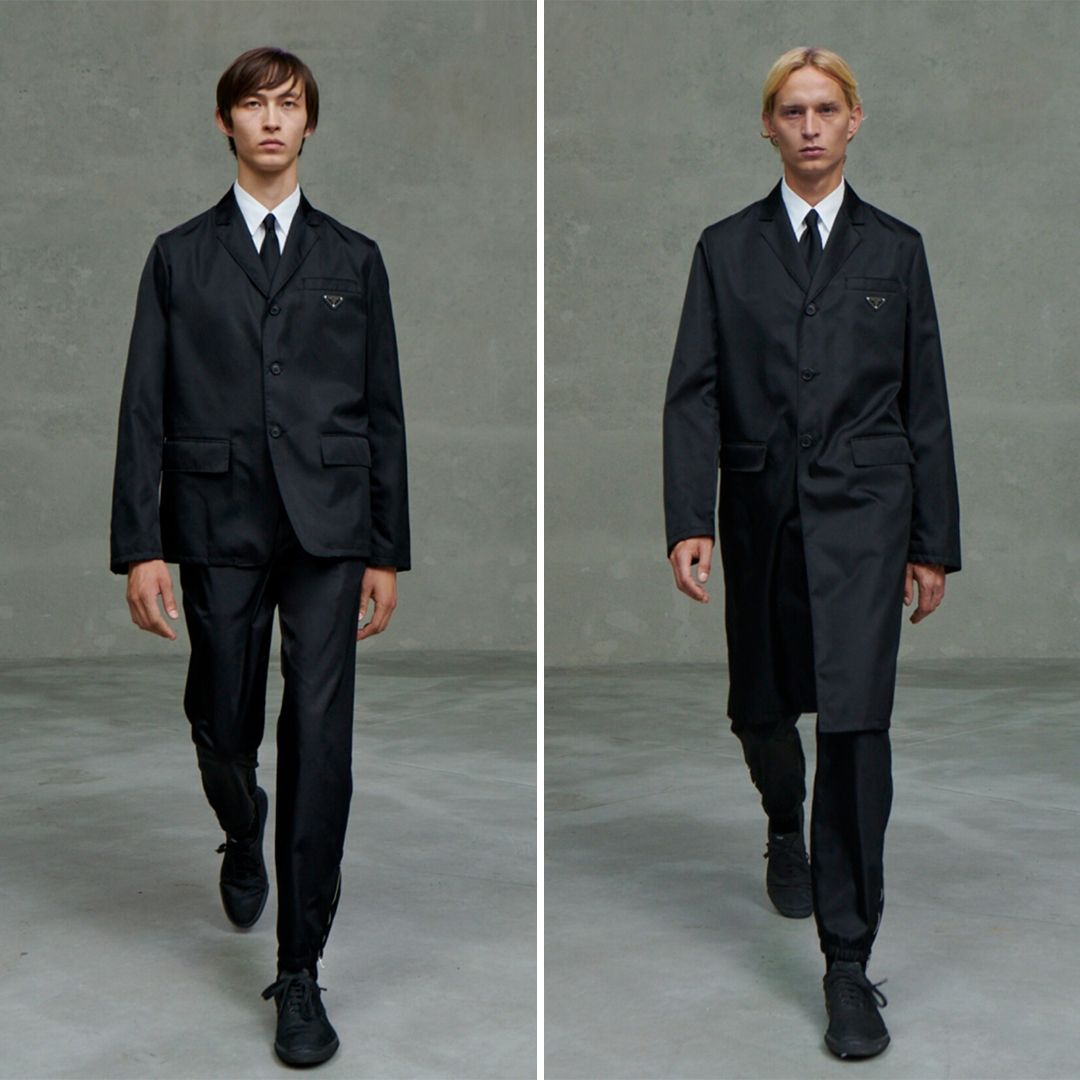 Prada Menswear collection has immediately been characterized by a sort of dramatic allure. On the one hand, the title of the presentation/video itself: “The Show That Never Happened” is cinematic and impactful – even if in some way it perhaps wanted to be playful too.

And then the description: “Miuccia’s last show”. Which, in theory, only served to remind us that, from the next collection Miuccia Prada will no longer be alone (as if we could forget about Raf Simons), but that, in practice, has been seen by some as an apocalyptic message. A lot has been said about the arrival of Simons to Prada: someone said that Prada is losing a little of its power, which is why one of the genius of our time has been hired to assist Mrs Prada. It may be partly true, but this latest collection seems to say exactly the opposite.

Miuccia Prada has always believed that clothes should serve as clothes, indeed, a sort of functional addition to our daily lives. For this reason, she always made clean collections, she made nylon the cult material of the brand and worked tirelessly to create a balance between beauty and utility. Current time actually gives reason to Mrs Prada, who explains that “the collection is simple, but with the concept of simplicity as an antidote to useless complication”.

The video was made by 5 directors, world-renowned and from different backgrounds. Each of them has interpreted the idea of Prada in his/her own way: Willy Vanderperre has recreated an imaginary fashion show, in a white empty space made blurry and dreamy by continuous games of focus/out of focus; Juergen Teller instead took directly the idea of clothes as “machines for living” and shoot the models posing in front of production machinerie; Joanna Piotrowska played with the couple, man and woman and their culturally established characteristics, which spread to the wardrobe as well; for Martine Syms the catwalk was the green velvet cinema of the Prada Foundation, where the screens reflected each other, creating an idea of estrangement and hyper exposure; and finally Terence Nance, whose theme of sport fits well with the Prada Red Line, the white and the perfect symmetry of the mirrors of the surrounding buildings.