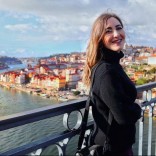 As every year, June month is painted with rainbow colours to celebrate the LGBT community. During Pride Month cities all over the world are filled with parades, initiatives and events in defense of gay rights.

Even fashion brands don’t miss the opportunity to support the values of gender equality and freedom with their colourful limited edition capsule collections. Let’s explore some of the most popular collections launched for Pride Month 2021.

Lady Gaga x Versace For the launch of this year’s rainbow capsule collection Donatella Versace collaborated with international pop star, Lady Gaga, who just this year celebrated the tenth anniversary of her Born This Way album. The coincidence could not be ignored, so the two women have produced a mini-collection consisting of two t-shirts – in white or black versions – a leather jacket and a hat.
All the items feature the Versace logo in a rainbow version, accompanied by the words “Born This Way”. It was also announced that part of the proceeds from the sales will go to the pop star’s foundation, the Born This Way Foundation.

Calvin Klein Calvin Klein announced a two-year partnership with the Trevor Project, the world’s largest suicide prevention organisation for young people in the LGBT+ community. Before Calvin Klein, Khiel’s also supported the Trevor Project with a $10,000 donation during Pride Month last year.
Calvin Klein has also committed funds to the Transgender Legal Defense and Education Fund and supports the work of ILGA (International Lesbian and Gay Association) as a global voice for the rights of community members who experience discrimination on the basis of sexual orientation, gender, gender identity and sexual preference.

Balenciaga
Balenciaga celebrated Pride month with the fall winter 2021 unisex collection, consisting of sweatshirts, baseball caps, t-shirts and underwear, with the words Gay Pride Balenciaga 2021. The unisex garments, designed by Demna Gvasalia and made from 90% certified materials, support the LGBTQ community with clear messages of diversity and inclusion. Balenciaga has also announced that a portion of the proceeds from the collection will go to the Trevor Project.

Converse
In celebration of Pride Month 2021 Converse has painted its iconic Chuck shoe in rainbow colours. The brand has assembled a group of creatives from the LGBTQIA+ communities around the world to create a new collection of products by and for the community. Inspired by their individual stories, each model features graphics that explore the duality of struggle and joy along the journey to self-love. What’s more, on Converse By You, the brand’s product customisation platform, you can design your own Converse with “All Star” patches, plaques and laces inspired by the flags of the LGBT+ community.

Puma
Puma has teamed up with Cara Delevingne, brand ambassador and LGBTQ activist for the launch of the second Forever free pride collection. The message behind the collection encourages people to break free from fear and believe in themselves.
The collection includes sneakers and other range items including t-shirts, shorts, tank tops, leggings and bodysuits, all made from sustainable materials. But the most significant item in the line is the ‘Forever Free leggings’, worn by Delevingne throughout the campaign. In addition, Puma have confirmed that they will donate 20 per cent of the proceeds to the Cara Delevingne Foundation, to support LGBT+ charities around the world.