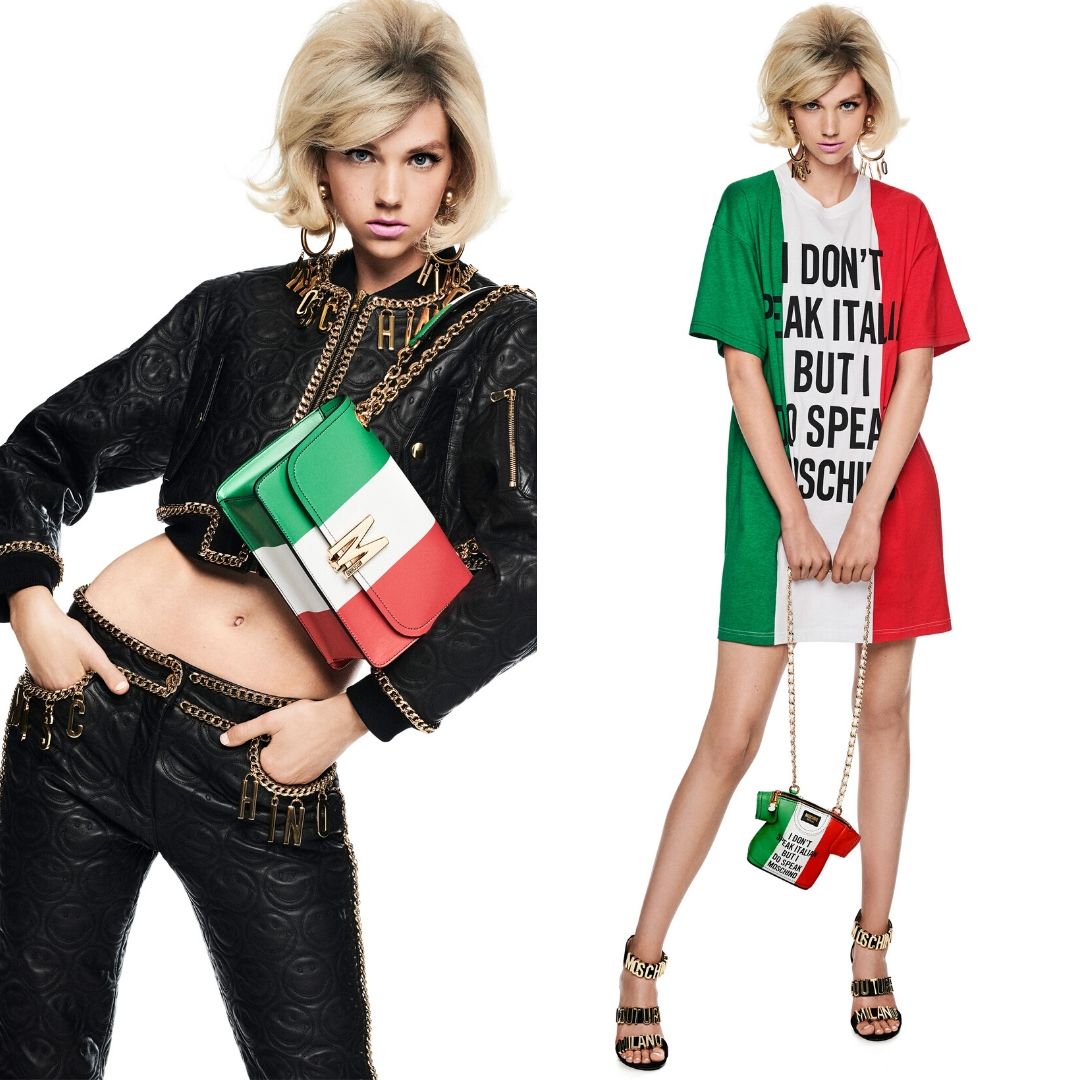 Ever since Jeremy Scott took Moschino’s creative direction six years ago, his primary goal has been to make the brand as joyful and optimistic as possible. A reinterpretation of Mr Moschino’s work which perhaps does not fit perfectly, but which is now well rooted in the House and which becomes precious in the current situation. For Scott, the last few months have not been easy: he is in US, while Moschino is in Milan and working in the current situation is rather challenging. Precisely for this reason the Resort collection has become a line full of colours and positive signs, to bright up the mood, as well as a love letter to Italy itself, from which Scott is now “banned” – for reasons not depending on him, of course. His nostalgia is expressed in the latest looks of the collection, entirely made with the colours of the Italian flag, bags included.

Apart from it, there are many bright colours, polka dots that then become roses, but also the Moschino’s name, tirelessly repeated on clothes and accessories. Jeremy Scott goes beyond the idea of logo mania, because in his collections the continuous repetition of the Moschino word – together with the iconic teddy bear – is so irreverent that it becomes more of a provocation. Also because his style would remain recognizable even without any logo at all.