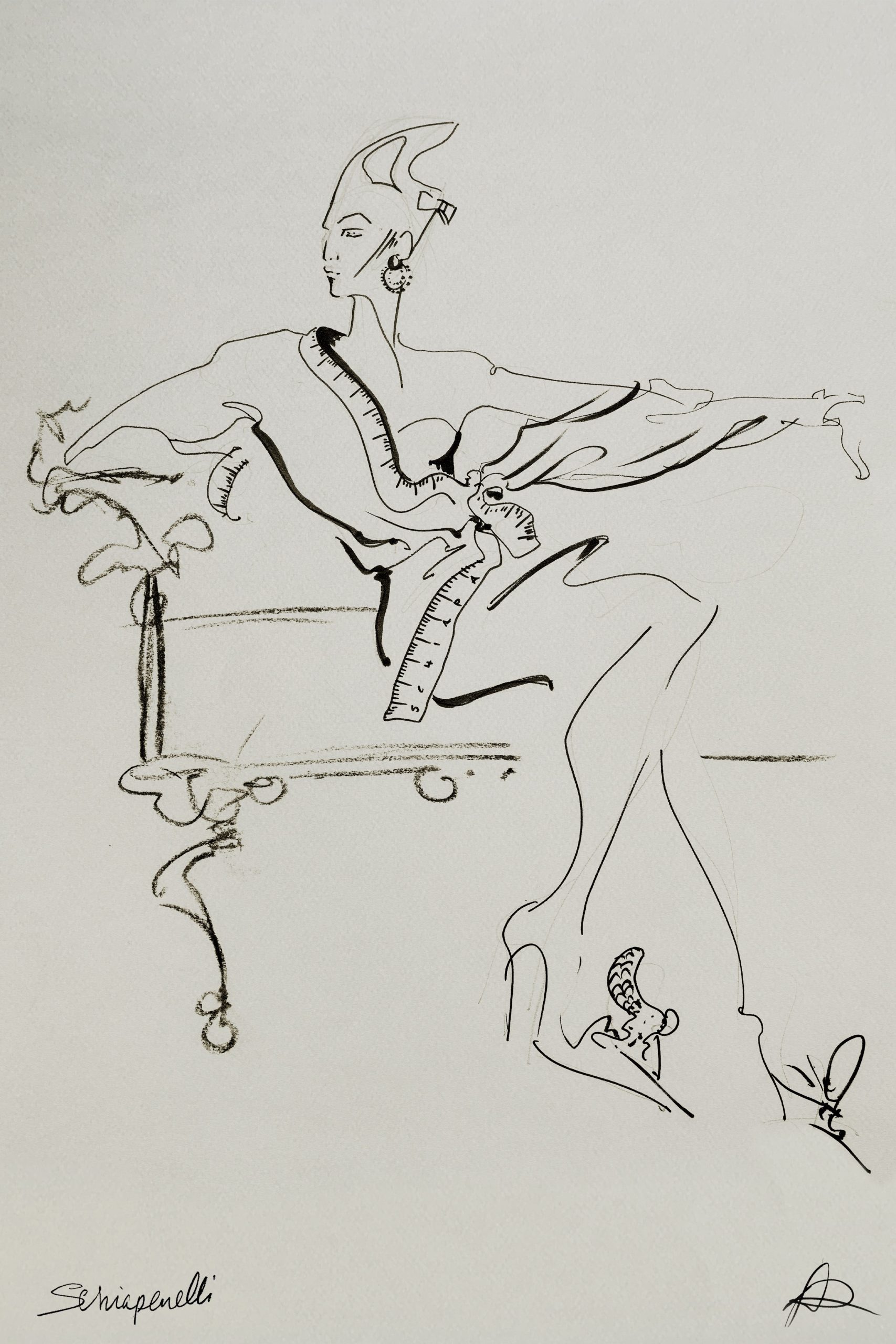 It’s titled Collection Imaginare, the Schiaparelli Haute Couture, signed by Daniel Roseberry. It has been presented by a short video on the online platform of the Fédération de la Haute Couture et de la Mode, followed by a series of artistic sketches that explain, one look at a time, the garments designed for the next autumn winter 20-21. In the impossibility of making real clothes, Schiaparelli has announced that these will be made on request and that some samples will be ready for December.

The intent of Maison Schiaparelli seems to be to go back to the origins. Not only for the massive presence of Elsa Schiaparelli and the work that made her famous all over the world (among them the shocking pink and the shoe-hat, just to name a couple). But also for the focus of the short movie itself, which is the creative process, the beginning of everything. The movie follows Roseberry designing and imagining the Haute Couture of the Maison, with the intent to leave, for now, his ideas on paper, waiting for the approval by his audience.

Ideas that are faithful to Schiaparelli’s DNA, a conceptual signature that once again distanced itself from minimalism and cleanliness, contrary to the latest trends in the fashion field. Roseberry explicitly declares that Haute Couture nourishes the soul and, for this reason, it must be imaginative, special and decidedly over the top. Power suits are slender with pronounced shapes, as well as dresses, sensual and thigh on the waist, often leaving shoulders and décolleté uncovered. There is a skirt that fastens directly to the neck, through a long pearl necklace, and clothes that take inspiration from dogs, some covered with long and smooth fur, others wrinkled and curled. The animal world returns to hairstyle which, not only takes the shape of a black pump in honor of Elsa Schiaparelli, but also of elongated and scenic hawks.

The jewels are important, gilded and decorated with precious stones. The padlock – and its key – closes some belts and is a recurrent feature. Several pieces are decorated with the measuring tape, symbol the craftsmanship at the very base of every creative process.